Skip to Content
Home Japan Chugoku Top Three Views of Japan 日本三景- Selected by the Japanese many centuries ago, the 日本三景 offer the Top 3 Best Views in Japan

The Three Views of Japan 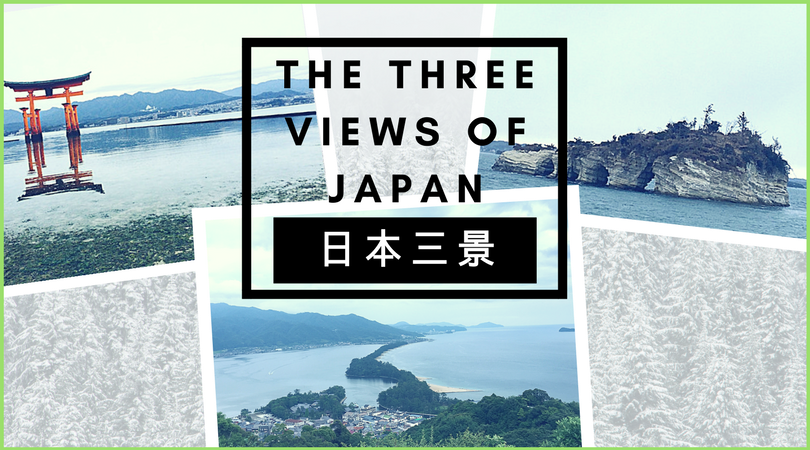 Hello friends, today we would like to introduce to you our trips to 3 awesome places in Japan!

There are many Top list of destinations in Japan. There are top three gardens, top three night views, top ten temples, top three snow festivals, and etc. But the most famous of them all, is probably the **Top Three Views of Japan**, known as the **日本三景 Nihon Sankei**, which was selected many centuries ago.

The 3 destinations are not located close together, and it takes considerate planning to visit each place. A JR pass (discount train tickets for tourists) is highly recommended if you intend to see all 3 in a single trip, with multiple rides on the Shinkansen (bullet train).

Located near Sendai in Miyagi Prefecture, Matsushima Bay is dotted by over 200 islands that creates a very scenic view when seen from the observation tower. A better way to get up close to the islands is by taking a ride on a sightseeing cruise.

We took the Marubun ferry which cost us 1500 Yen for each ticket, and paid additional 600 Yen for a ‘First’ class seating on the upper deck. There were vending machines and even a stall selling beer and snacks. We bought some coffee, found a nice window table, and enjoyed the 50 minutes ferry ride, occasionally ventured to the open deck for some photos, but it was too cold to stay in the open for long.

In 2011, the great earthquake and tsunami hit the Tohoku region, where Matsushima Bay was. Fortunately, the area escaped with just slight damage, and the scenic landscape was preserved.

As the boat ride continued, explanations of each passing island was introduced on the ferry sound system. Names were given to almost all islands, usually describing the shape it resembles. Back on main land, we tried to find the observation tower where we could take photos of the entire landscape. But it was closed, for unknown reasons. What a disappointment. Out of the Three Views, Matsushima Bay was actually the last that we visited. Located in Miyagi, some 400KM away from Tokyo, it wasn’t the most easily accessible places. And without access to the observation tower, we did not get a panoramic view of the landscape. Therefore, Matsushima Bay is placed last on our ranking for the Three Views of Japan.

A post had actually been posted on Amanohashidate, so we will just repeat here again, to complete the list.

Amanohashidate is located north of Kyoto, a 2 hours train ride from the city. On our trip, we rented a car to explore the Kyoto/Tottori/Hyogo areas. We parked our car at the foot of Kasamatsu park before heading to the observatory for an overlook of the pine tree cladded sand bar.

This photo taken atop the Kasamatsu Park has a beautiful view of the Amanohashidate sandbar. It is famous for the thin and long sand bar connecting the two bays. The land is covered with thousands of pine trees. A panoramic view of the area

To get to the top of Kasamatsu park, we have to take a cable car. It was fun but a little scary. The park is rather small, with just a few simple rides and a small restaurant. Families with children can enjoy taking a ride on the ferris wheel and small cycle coaster. 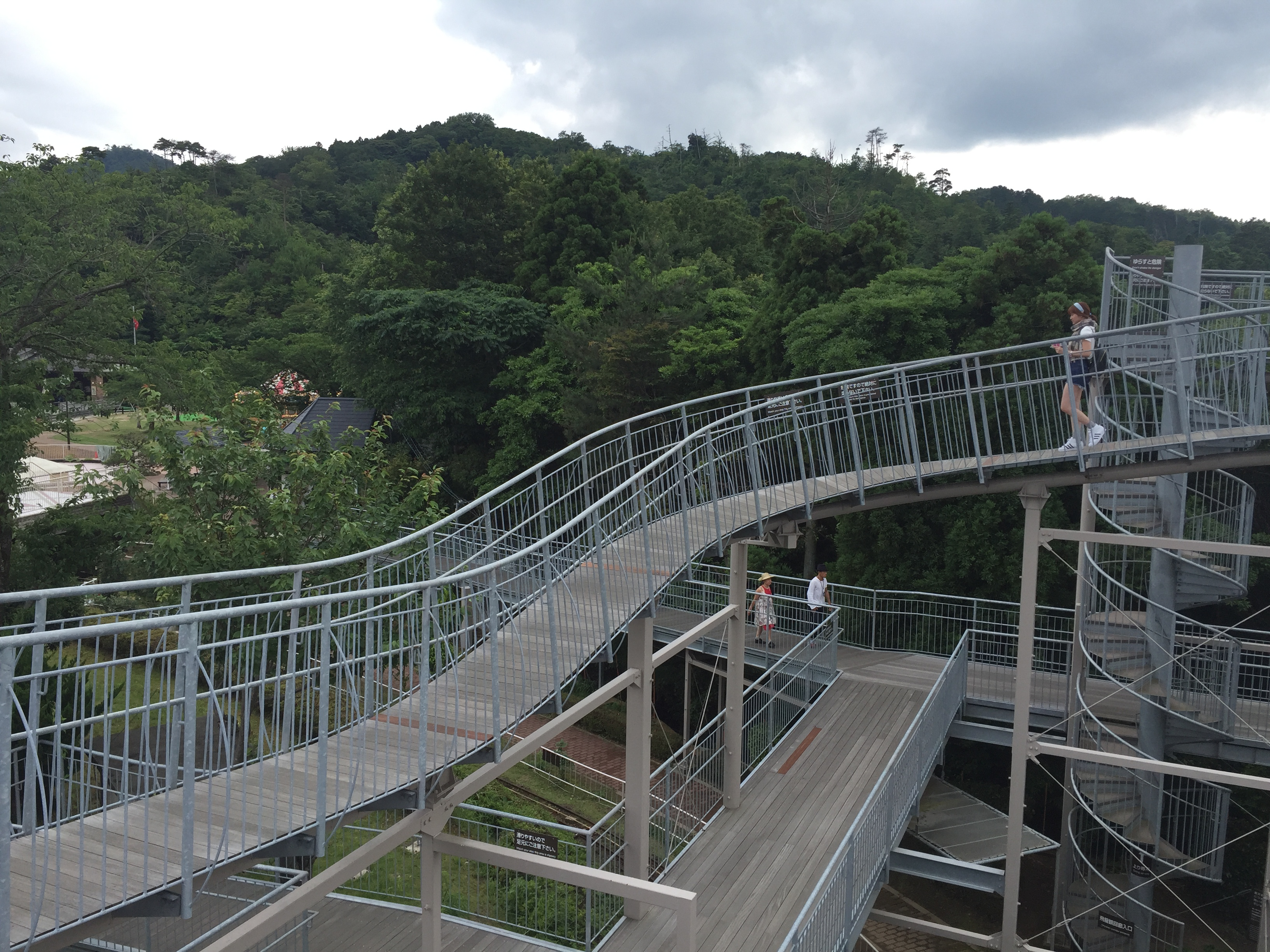 Unfortunately, we did not have enough time to explore the sand bar. Apparently, a recommended activity is to rent a bicycle and ride along the sand bar.

Amanohashidate was the first Three Views that we know of, from a local TV program called Japan Hour. Ever since, we had made it a wish to visit all three destinations and Amanohashidate did not disappoint us. However, it is also not located near the popular tourists route and getting there needs careful planning. We recommend allocating at least a 2D1N trip, starting from Kyoto and visting nearby destinations such as Kinosaki Onsen.

If you can only visit just one of the Three Views, then Itsukushima Shrine will be the choice. The huge Torii gate is found on Miyajima island, which is easily accessible by a ten minutes boat ride from the ferry pier. Your JR pass will be put to good use here as it pays for the Shinkansen, JR local train ride, as well as the boat ride to Miyajima.

Beside the famous Torii gate, Miyajima island is also home to wild deers, similar to Nara. You can get up close to the deer for photoshoot. Shops and restaurants lined the shopping street and we recommend to try out some local grilled oysters. Yummy~~

Itsukushima Shrine is one of the most popular attraction for international as well as domestic tourists. Thousands of posts had been written about it, even on Steemit. And so, we will not repeat much. Instead, just enjoy the photos! A must to visit if you are touring the Kansai area with a JR pass. Hiroshima is just a one hour bullet train ride from Osaka, with all fares covered. Do not give this a miss.