1st January, New Year’s Day also known as Ganjitsu is the most important holiday in Japan. For your information, Gan means “beginning” and Jitsu means “Day”. Ganjitsu is a joyous holiday that marks a new and fresh beginning into the year. After your New Year’s Eve countdown (you may refer to another entry here: New Year’s Eve Countdown Options in Japan), you may want to learn to celebrate New Year’s Day like the Japanese as follows:

Start your New Year’s Day by extending customary hearty greetings when you meet others, for example to the waiter/waitress at restaurant/cafe or the service staff at convenience stores. I’m sure they will be surprised and delighted to hear that from a tourist! Let’s learn the most common greetings:

(a) Tokyo Tower
– Opens at 6am on 1st of January. In 2017, the admission fee for hatsuhinode was 900 yen and special “2017.1.1” medals were distributed to visitors on first-come-first-serve.
– You may like to monitor their website for information on 2018 hatsuhinode viewing.

It is a tradition for Japanese to share Osechi Ryori among family and friends on New Year’s Day. Osechi Ryori is a cuisine that presents significant traditional Japanese food attractively in a 3 or 4 tier bento box, known as jubako. Each item in the jubako has a significant meaning and some common food items include:

An interesting fact: Osechi ryori is eaten using a special type of chopsticks known as Iwai bashi. Both ends of iwai bashi are pointed; 1 pointed side is used by the holder and the other side is used by deity. It is believed that you will blessed with a fruitful year (by the deity) when you eat the osechi ryori using iwai bashi.

Traditionally, the osechi ryori is typically prepared in advanced and preserved so that the woman in the household could rest during the New Year holiday. However, it is now more common for Japanese families to order in advance from as early as autumn from departmental stores, supermarkets, restaurants or even convenient stores, depending on their budget. A set of osechi ryori could range from 10,000 yen in a convenient store to 32,000 yen in a departmental store. You may like to keep a lookout and try the osechi ryori served in your hotel restaurants or ryokans for a successful and auspicious year ahead!

(4) Visit a Shrine or Temple (Hatsumode)

Visiting a shrine or temple, dressed in kimono to obtain blessings and good fortune during the New Year period is another custom followed by the Japanese. The first visit to a shrine or temple during New Year is known as hatsumode and this activity is usually accompanied by family and friends after consuming the osechi ryori at home. As such, be prepared for the bustling and massive crowd if you intend to visit famous temples and shrines on New Year’s Day! Meiji Shrine and Senso-ji at Asakusa in Tokyo receive a few millions of visitors during the full New Year holiday each year! You may also like to follow the New Year’s custom and draw fortune lots known as omikuji or purchase amulets known as omamori. Note: if you receive a unlucky omikuji, do tie it at the designated spot on the temple or shrine to avoid the predicted misfortune.

If you are visiting a shrine, follow the following manners for worship:

If you are visiting a temple, follow the following manners for worship:

Most companies in Japan close for around a week from end December to first week of January for their employees to rest and enjoy the New Year holidays. However, tourists can rest assured that departmental stores, shopping malls, convenience stores and restaurants remain open. In fact, this is the best shopping period to be in Japan as all departmental stores, shopping malls and literally every shopping streets begin their mega nation-wide first sale of the year, known as Hatsu-uri on New Year’s Day. The sale discount during this period usually vary from 30 – 70%. A distinctive feature of the Hatsu-uri is the sale of “Happy Bags”, known as Fukubukuro. Fukubukuro are sealed bags filled with items from the same shop or brand. The general rule is that each fukubukuro must be priced much lower than the actual total value of these items, making it a real great bargain.  Some shops may disclose the category of items they are placing in the Fukubukuro but the price saving strategy remains. Popular brands of fukubukuro sought after in Japan include those from Apple Store, Muji, Starbucks, Cecil McBee and various shopping malls, with queues forming from 31 December onwards! Highly recommended to bring more cash and be prepared to shop till you drop during Hatsu-uri!

***
If you are visiting friends or relatives in Japan and they have children….

Similarly to our Asian’s Chinese tradition, it is a custom for adults to give “ang bao money”, known as Otoshidama to children during New Year holidays. The otoshidama are placed in small envelope packets (ang bao packets) known as pochibukuro, which are often decorated with auspicious images. The amount of otoshidama is typically based on the age and relationship to the child. The average amount of otoshidama for a child in elementary is 1,000 to 3,000 yen, junior high student is 3, 000 to 5,000 yen and senior high student is 5,000 to 10,000 yen. As such, do prepare otoshidama for the children of your friends and relatives whom you are visiting in Japan!

I hope these useful tips will help you to understand the Japanese culture of Ganjitsu celebration and plan for a fulfilling New Year’s Day.
Stay warm, enjoy the crowd and shopping! 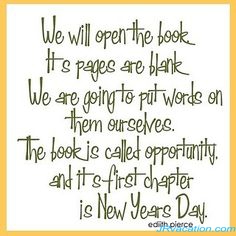