In Japan, travelling between on trains is the fastest and most convenient method, especially using the Shinkansen. To save time, we usually have our breakfast on the long haul train rides. Simple bread or cakes, and a can of coffee is standard train breakfast for us.

There are food carts on the Shinkansen but we prefer to get our supply from Konbini in the train station instead. Recently, we saw an article on Soranews (https://soranews24.com/2018/10/14/japanese-dad-shares-ingenious-trick-to-keep-kids-or-yourself-from-getting-bored-on-the-train/) about a really popular ice cream called the Sujahta. This ice cream, which you can buy onboard the Shinkansen, has a creamy flavour similar to Haagen Daz and cost 290 yen, not cheap at all. The reason why it became famous, is because Sujahta is very very hard. Manufactured with very little air in them, the ice cream is extremely dense and stays cold and hard for a looooong time. This makes Sujahta a popular “keep the kids quiet” item for parents to buy for their children when taking the Shinkansen. Clever! Here are some of the breakfast and snacks that we had had during some of our train rides in Japan.

Sandwiches from NewDays! Another nice Konbini found at most train stations. 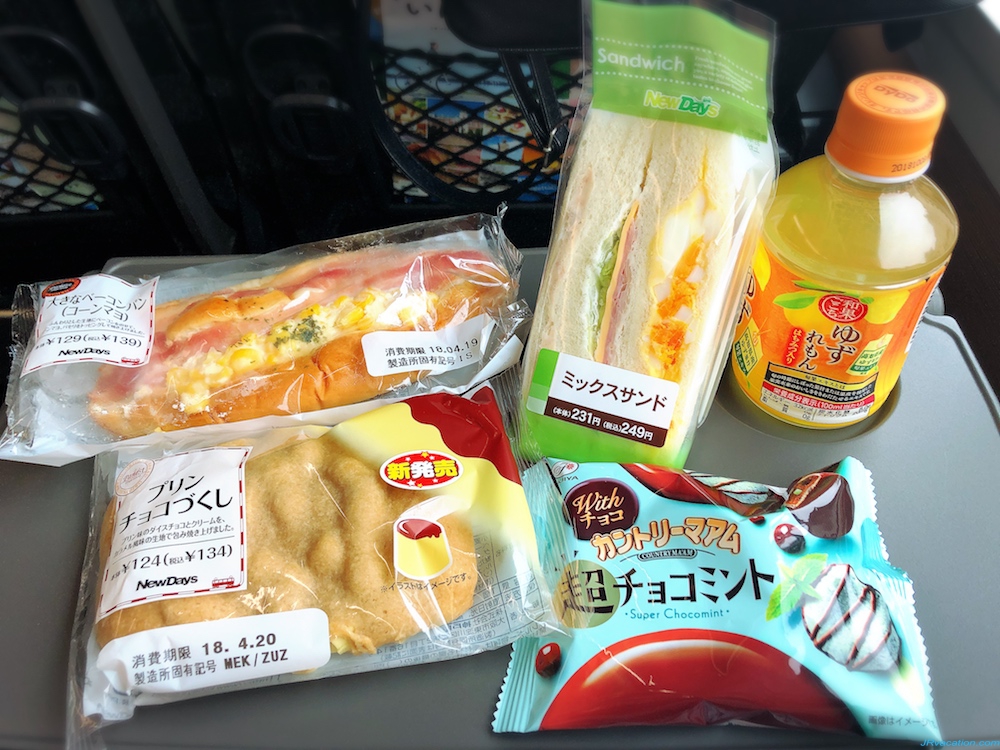 Bought and tried this special peach Coca-Cola from the vending machine. However when we got back to Singapore, we realised that it was sold at the 7-11 here too… 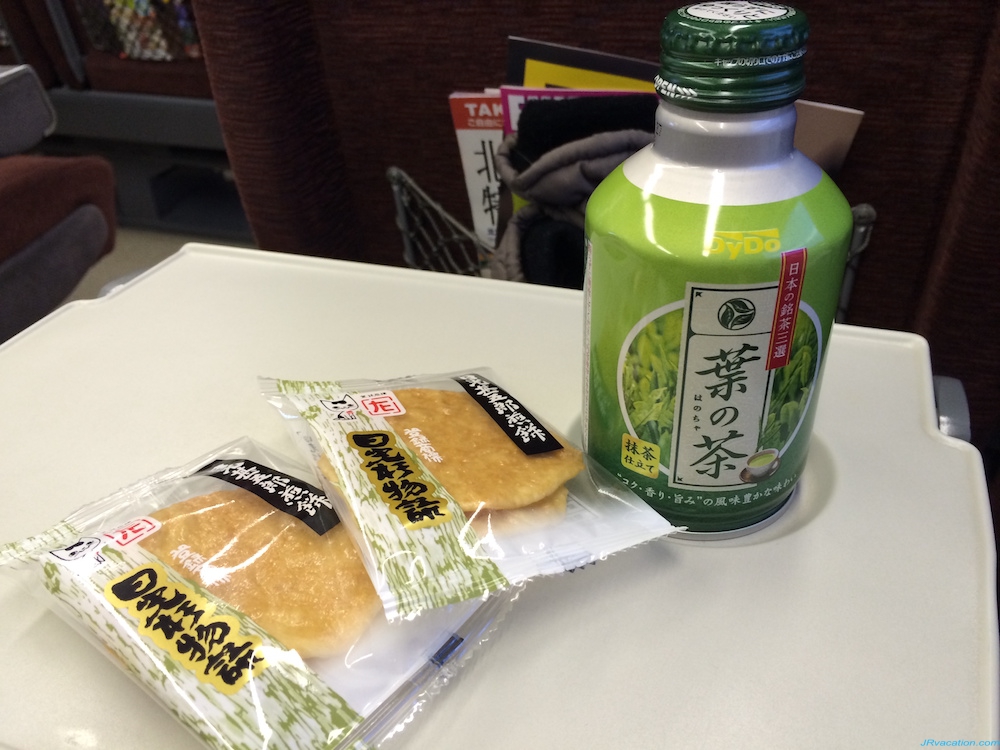 What kinds of snacks or tidbits do you like to eat on your train rides? Potato chips? a beer? Let us know!