The Berlin Wall divided Berlin from the 1961 to 1989, separating the communist East and the democratic West. Today, with the unification of Germany, parts of the Berlin Wall remain and is a popular tourist attraction, mainly due to its arts graffiti.

Over 30 years, the west side of the wall were painted with artworks with most of them remained anonymous. We visited the East Side Gallery that is over a kilometre long and more than 100 paintings. Most of them were restored recently by artists from all over the world.

Here are some of the photos that we took. “The Kiss” is the most famous painting at this side of the Berlin Wall gallery. This artwork is based on a real photograph of Soviet leader Leonid Brezhnev and East Germany President Erich Honecker. Communist leaders are really strange. 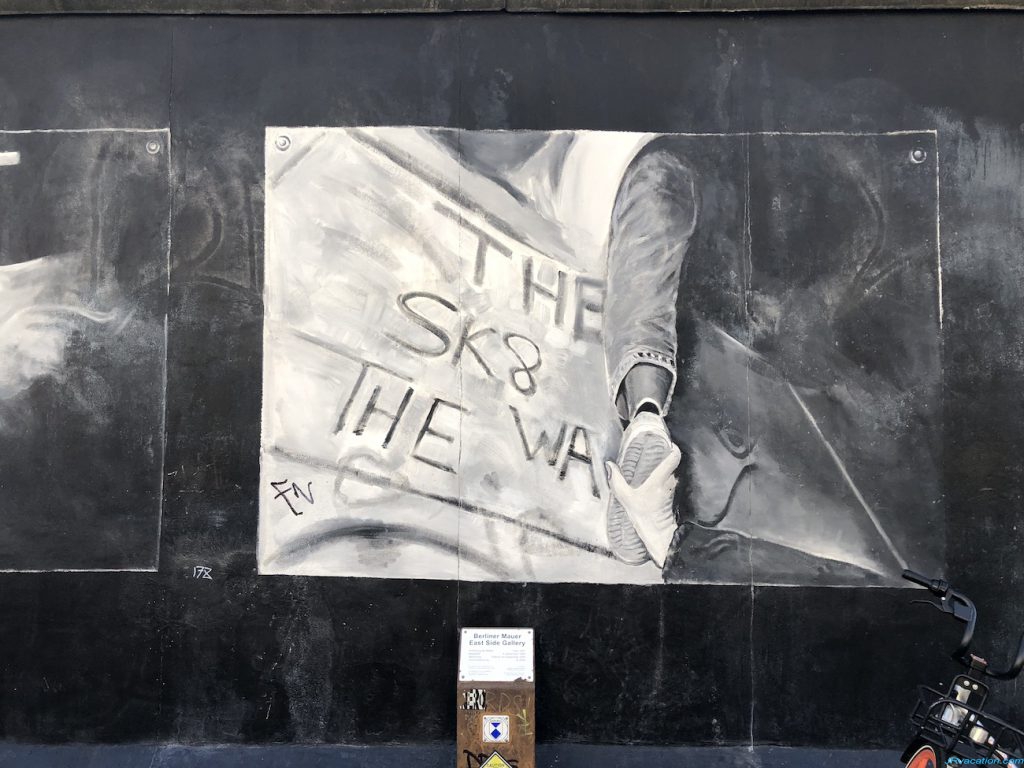 He-Man and the Masters of the Universe, is it? Did you know Albert Einstein was a German? He fled to the US during World War II and was instrumental to the development of the Atomic Bomb, which ended the war.